The widely popular HBO show Game of Thrones takes place in the mythical land of Westeroes, where dragons, magic and war rage. The shows graphic scenes and constant contrast between “right” and “wrong” has hooked viewers. Based on the novel series A Song of Fire and Ice by George R. R. Martin, the shows complicated power-politics surround the dominant, wealthy families and myriad of characters that come and go with each episode. Martin and HBO writers excel at creating complex, grey characters that challenge the classic notion of the villain versus the hero. The show’s Medieval time period is based off New England’s 15th century War of the Roses in which several prominent families all lay claim to the throne, or the iron throne. One of these characters is Daenerys Targaryen, whose family has ruled Westeros for over 300 years. She has the most legitimate claim to the throne throughout the series and is seen as an innovative and “modern” ruler in a time of slavery, feudalism, and massive class division between the wealthy and extremely poor.

All three of these unethical practices are more or less acceptable within Game of Throne’s society. Daenerys challenges the accepted notion of slavery throughout the show and seeks to end its practice. In the early seasons she has little power, influence or self-confidence but grows into a respected and intelligent leader. In seeking to make herself more powerful, she goes to the slaver’s city of Astaphor to buy a slave army. Though she lies to the slave trader, she uses consequentialism ethics in her decision-making process. By lying to the slave trade and killing several hundred slaver masters, she frees over 8,000 slaves. The consequences of her decision far outweigh the costs.

In attempting to free more slave-cities, she begins to conquer Slaver’s bay. When she conquers the city of Meeren she has to make a crucial choice on what to do with the ex-slavers, who were extremely cruel to their slaves and crucified hundreds of children.

As you can see from this clip, her advisors urge her to serve injustice with mercy. Instead, she decided to serve injustice with justice. This “eye for an eye” mentality does not align with consequentialism in my opinion. She is using deontological ethics in decided that crucifying the slavers is the “right” thing to do; it is her duty to uphold justice. This greatly increases her political power and influence within the city as it sets a precedence that she is a bold leader. I would argue that “eye for an eye” mentality does little to help in intense political situations and does not lead to progressive human rights changes. Mahatma Gandhi once famously said, “an eye for an eye only ends up making the world go blind.” In such a feudalistic world where slavery exists, it is easy to justify her actions as bold, progressive and necessary to create change. However, we can relate this case to modern society where “eye for an eye” mentality still exists.

The International Criminal Court (ICC) was established in 1998 to deal with issues like ethnic cleansing, genocide, crimes against humanity, and war criminals. They have brought individuals to court involved in the Bosnia-Herzegovina genocide, Rwanda genocide, and Darfur ethnic cleanings campaigns. Many times these individuals have engaged in an “eye for an eye” mentality and unacceptable, inhuman behavior. The ICC’s structure clearly states that convicted individuals cannot be subject to the death penalty (The maximum sentence is 30 years in prison). Yet, not all sovereign nations feel this way, including the U.S. who imposes the death penalty as punishment in some states. Though a controversial topic, the death penalty and “eye for an eye” mentality are important to discuss in modern culture, especially when considering the ethical implications behind it. Game of Thrones does an excellent job of bringing up ethical issues in an entertaining and thoughtful manner!

9 thoughts on “Ethical Implications in Game of Thrones” 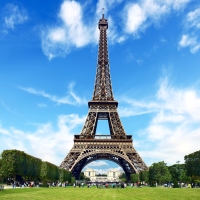 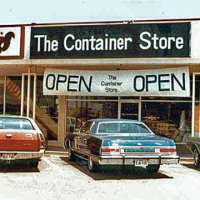 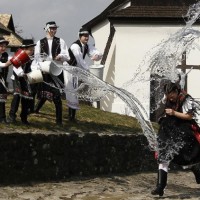