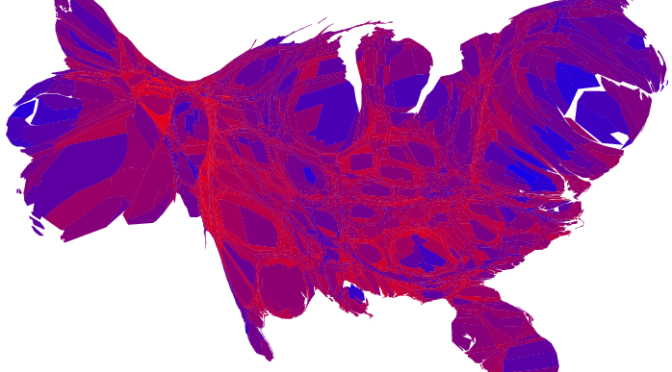 Political parties are not part of the constitution, the declaration of independence or any other of the hallowed documents of the “founding fathers.”

We need to open up the political process as much as possible.

Many of the most consequential choices in politics happen in the primaries- in the pre-elections where the parties choose their candidates.  In 2008, the Clinton-Obama primary fight was crucial.  In the last several Republican primary cycles for president, candidates like Romney (former GOv of MA), Huckabee (Governor of AR), RON Paul (the elder, congressman), McCain (senator), and Rick Perry (Gov of Texas) were among the choices for Republican party members.  These choices were starkly different in both parties with the Democratic party weighing in on the Iraq war and economic populism in 2008 (now, whether Obama delivered is another question) and the Republican party dealing with tensions over religion, immigration, and support for the bail-outs shaping politics.

But, the 40% of the registered independent voters in the USA are effectively shut out of making meaningful choices because of closed primaries.  Only 14 states have “open” primaries in which any voter may elect to cast a vote in the primary election of a party (including such population powerhouses as Vermont and North Dakota).

We need to open up the political process as much as possible.

1) They are fairer to all voters and do not require voters to essentially swear an oath of allegiance to a party as the price of admission to choosing candidates.

2) Open primaries will make candidates less “flip-floppy.”  This supposed sin of politicians is made worse by the reality that they have to appeal to the die-hard base in the primaries and then “tack to the center” in the general which leads them to look silly and reverse themselves which only makes voter cynicism increase.

3) Open primaries will make candidates discuss issues more voters care about.  Since they will need to appeal to a larger set of more ideologically diverse voters, candidates in primaries would need policies and messages that appealed to broader coalitions of voters.

So, wherever possible, support open primaries.

Some other structural reforms that I think merit attention.

– End gerry-mandering.  All voting districts made by non-partisan commissions.

– Provide matching public funds to any candidate who agrees to forego any donations and their funds would be equal to whatever their opponent raises.  So, if you are no-donation running against a “privately” funded candidate who raises $1 million, you get a million to.  (This is my Citizens United solution).

– Make it illegal to donate to any political candidate who is not YOUR representative…. this would also do something to undo Citizens United.  I don’t know why someone in Kansas (or wherever) gets to donate to people running to be my representative or senatro here in PA.

– End the electoral college.  It is nuts that big states like Texas or California are penalized in the presidential election.  Move to proportional division of electoral votes.  So, if you win 48% of California, you get 48% of its electoral votes.  This would make EVERY state competitive and not just swing states.

Featured Image is the 2012 Election results as a population cartogram- where results are scaled to population size.  Welcome to your real political America.