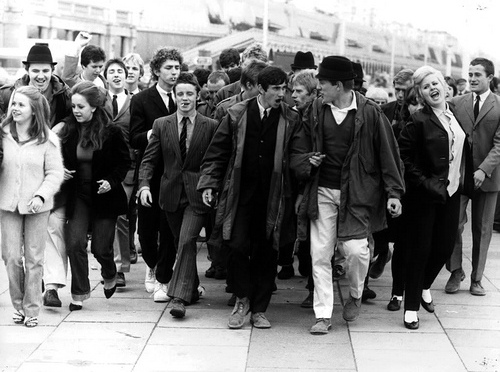 This past Tuesday was the first time I’ve watched the Graduate . Initially I thought it was simply a romantic comedy from the late 1960s, but after thinking about it further there are many themes throughout the movie that make it ground breaking for this particular era.

The main character Benjamin, a young, innocent man freshly out of college, is exploited and betrayed by Mrs. Robinson, who represents a corrupt and immoral older generation. This is the main theme throughout the film and it really captured the times. The ending seems to represent the younger generation escaping the corruption and immorality of the older generation as the couple fights off the crowd in the church. At this time the Vietnam War was occurring and the anarchic mood of America’s youth was mirrored through the actions of Ben, who at first was confused and then seduced by Mrs. Robinson but later learns his lesson.

Despite what seems to be a happy ending, as Elaine and Ben ride off in a bus, away from their worries, I wasn’t pleased with the ending. While I understand Ben was finding himself, he lost the trust of many people because he slept with Mrs. Robinson. In addition, he is taking away Elaine from all the people that love her and know her.

In light of the many deaths of black lives at the hands of police officers and the rise of racially-charged protests throughout the United States, Ta’Nehisi Coates was invited to speak at Bucknell on February 11th about Barack Obama, Ferguson, and the Evidence of Things Unsaid. Not only was he a great speaker, but also he was not afraid to address the controversies surrounding these issues. Since then, there have been even more brutal deaths, violent and non-violent protests, and even Bucknell’s campus has seen expulsions due to racist comments said on its campus radio.

Just in the last month, the brutal death of Freddie Gray sparked violent protests through Baltimore and carried in to other cities throughout the United States. The protests were met with police tear gas and rubber bullets to suppress the violence and the protestors causing it. The violence was condemned by many a people, however as Mr. Coates points out is “what clearly cannot be said is that violence – like nonviolence – sometimes works.” Beyonce posted a video on her Instagram comparing the Freddie Gray protests to those of the civil rights era in 1968, and the similarities are clearly evident.

Although I’m not an advocating for violence, can it be justified if it creates results? Since Michael Brown’s death in Ferguson there have been numerous deaths of black lives at the hands of Police. As Ta-Nehisi Coates puts it in his articles, “the Civil Rights Bill of 1964 is inseparable from the threat of riots. The housing bill of 1968—the most proactive civil-rights legislation on the books—is a direct response to the riots that swept American cities after King was killed. Violence, lingering on the outside, often backed nonviolence during the civil-rights movement.” The alternative for the peaceful people trying to make a change was Malcolm X. No one wanted to face Malcolm X, so they would comply and make changes. At some point, the situation today compared to that of 1968 isn’t that different, in fact it looks terrifyingly the similar. Even more importantly, Mr. Coates also points out “what cannot be said is that the events of Ferguson do not begin with Michael Brown lying dead in the street but with policies set forth by the Government at every level.” It is well known that policy change in a government such as the United States is usually a long process that takes a long time. Will these violent protests force the Government to make policy changes that suppress institutional racism? 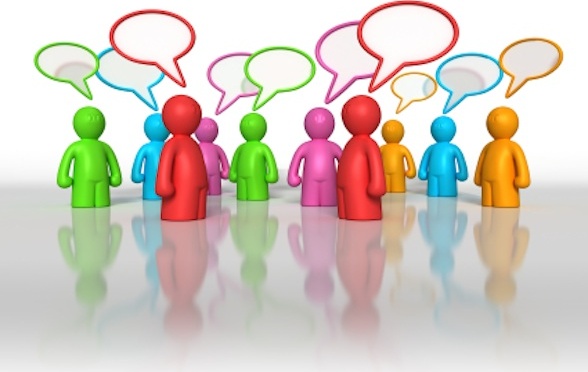 I was unfortunately only able to attend the closing ceremony/panel of the sustainability symposium, where the main topic of the conversation was: How do we keep the enthusiasm created in this symposium and carry it to the future?

I have participated and leaded several conferences when I was in high school and I understand how excited people are about action plans making an exhaustive list of what to do next within the last sessions, but almost all the times not even half of the things on that list is accomplished by the next years conference. Why is that? Because the enthusiasm of the people decay very quickly, and therefore they don’t start their action plans until right before the next conference, which is too late to accomplish any goal that was initially put on the list.

The main solution that was suggested by students and professors was: BETTER COMMUNICATION. From their point of view of the people participating in the panel, if the different schools that participated in the symposium somehow find a way of communication, kept in touch and informed each other about all the projects they are doing, then the enthusiasm wouldn’t be lost. A lot of people suggested different ideas about how to communicate, and one person was taking exhaustive notes again in order to implement this communication action plan.

The Field/Action Research session I attended was about the value of big data and how to ask the right questions in order to obtain data that is valuable, however during the session the way the one of the professors described and referred to the “businessman” particularly attracted my attention, so I wanted to write about that.

This reminded me of Stout’s description of the stereotypical shareholder in everyone’s heads, who cares about nothing other than maximizing his/her financial benefits. She explains how shareholders are human too, they have jobs, they have families and they do the same thing as everyone else. So doesn’t this description of the businessman simply create more negative opinions towards the world of business? Isn’t it a way of enabling more stereotypes to enter in our lives? What do we have to do, in order to disable the proliferation of such opinions and to stay away from the idea that businessman are greedy pigs who care about nothing other than money?

When first starting an organization the first question an entrepreneur must grapple with is: non-profit or for-profit? Once they have decided they must either grapple with the for-profit tax categories or register as a 501(c)(3). Once they have made their choice they are unable to change it. The severity of this problem has increased with the recent influx of hybrid organizations: organizations with revenue stream as well as a charitable mission. The rigidity of the legal system is keeping hybrids from thriving and serves as a hurdle to their creation. Throughout this paper I will address the current legal system and the hybrids that don’t neatly fit into it by delving deeper into the different legal structures available, hybrid models, and how companies have dealt with the system.

END_OF_DOCUMENT_TOKEN_TO_BE_REPLACED 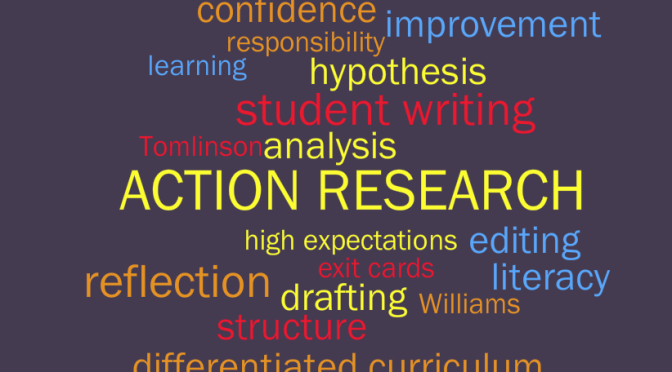 Having made my own surveys and conducted interviews for some of my marketing classes and jobs, it was interesting to hear from professionals in the research field about their methods and experiences. END_OF_DOCUMENT_TOKEN_TO_BE_REPLACED

This report outlines Denver’s transformation into a multi-modal city. The city has invested in an extensive light rail system and bus system, while also improving the regions’ bicycling infrastructure. These actions have been taken in response to growing problems with automobile congestion and national trends towards smart growth and sustainable development, as well as trying to attract millennials to move to the city. Here is a list of some of Denver’s notable rankings that reflect its efforts to appeal to the millennial generation: END_OF_DOCUMENT_TOKEN_TO_BE_REPLACED 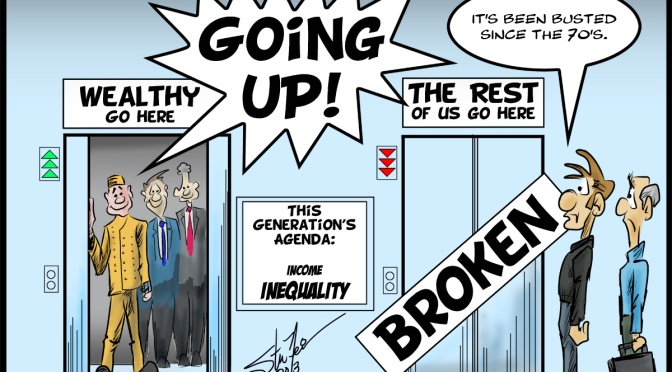 We live in a world dominated by capitalism. It rose to prominence with the end of feudalism and has remained the dominant economic system of developed countries ever since. With the rise of developing countries due to globalization, capitalism is only going to become more a more prevalent (if not the only) economic system in an increasing number of the world’s countries. With that in mind, it is important that we understand the inherent traits of capitalism and to actively seek out a way to develop a sustainable form of capitalism that does not result in negative social change. One of these inherent traits is inequality—we need proper incentives to be productive, to work hard and to be innovative. Therefore, some inequality is inevitable; however, the question is how much inequality is too much and when it becomes a problem. A major form of inequality comes in the form of individual income, which is a much debated topic, as it represents how much an individual is compensated for the goods or services that individual provides. 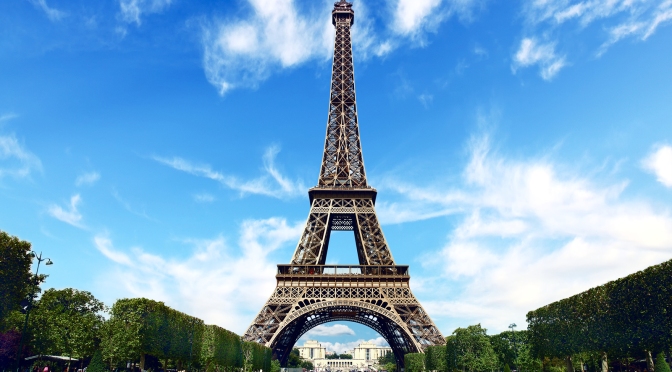 From climbing to the top of the Eiffel Tower and overlooking the city of Paris to walking through the amphitheater of Rome’s Colosseum, the world’s various historical landmarks and architectural masterpieces provide society with a great amount of places to explore. These attractions create an opportunity for families to travel and experience a new culture. In recent years, the amount of tourism has increased tremendously. In order to determine what factors influenced the increase in tourism, I reviewed statistical evidence in regards to population growth, information on marketing and mass media, and the hospitality industry. The world population has significantly increased and is predicted to reach high numbers that overwhelm Earth’s resources. Marketing and mass media has generated a halo effect on consumers. In other words, advertising campaigns have been proven to influence how people view certain destinations and can impact whether or not they travel to a specific area. Lastly, the hospitality industry has expanded rapidly due to globalization. The expansion of the service industry has provided more of an opportunity for society to travel around the globe.

END_OF_DOCUMENT_TOKEN_TO_BE_REPLACED 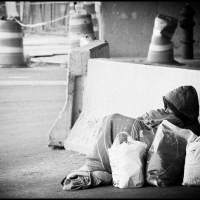