It was really interesting to hear Ta-Nehisi Coates speak, especially after we had read his article on reparations for class. I am always curious to see how a writer’s voice is different or similar between his speaking and writing.

END_OF_DOCUMENT_TOKEN_TO_BE_REPLACED 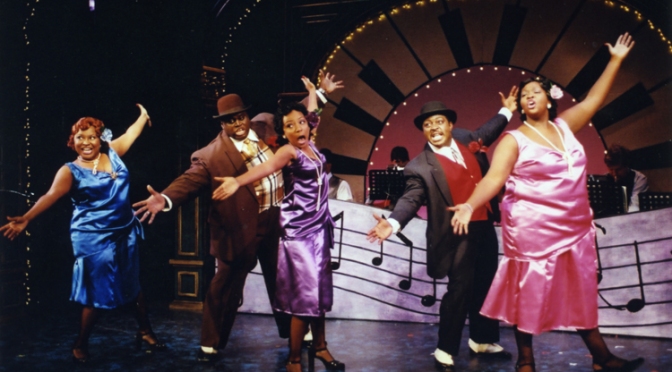 Lisa Thompson talk, Performances of Cultural Trauma: Black Theatre in the (Post-) Obama Era, expresses the power behind art like theatre, art, music, dance, and style. She talks about how politics is basically a form of theatre and with Obama in office it has altered the perception of black culture. Obama can be seen as taking on two different personas, one is black cool, which consist of the easily accessed forms of performance like dance and style, while he is also portrayed as an uncool nerd. END_OF_DOCUMENT_TOKEN_TO_BE_REPLACED

According to Charles Blow’s speech at Bucknell University, there are four main components the the Obama administration will be remembered for: foreign policy, Obamacare, Diversity advancements, and the publics reactions to these actions. While Blow is a staunch Obama supporter, his speech showed the downsides as well of the triumphs of Obama’s eight years in office.

Blow sees foreign policy as a blight on the administration. While citing sources of remembrances Blow juxtaposes the ending of Guantanamo with the heavy use of drone killings. By doing this he is able to point out just how overshadowed any positive policy changes would be in comparison to the blight of computerized killings.

END_OF_DOCUMENT_TOKEN_TO_BE_REPLACED

As I listened to renowned journalist Ta-Nehisi Coates discuss violence within African American communities, I couldn’t help but be draw by his words.”Something will happen…it is mathematically certain,” he stated as he addresses the Bucknell community. The deaths of Trayvon Martin, Michael Brown, and Eric Garner were terrible but expected. This is not new violence in African American communities, but “a lot of recent actions over the past year have caused people to pay attention.” END_OF_DOCUMENT_TOKEN_TO_BE_REPLACED